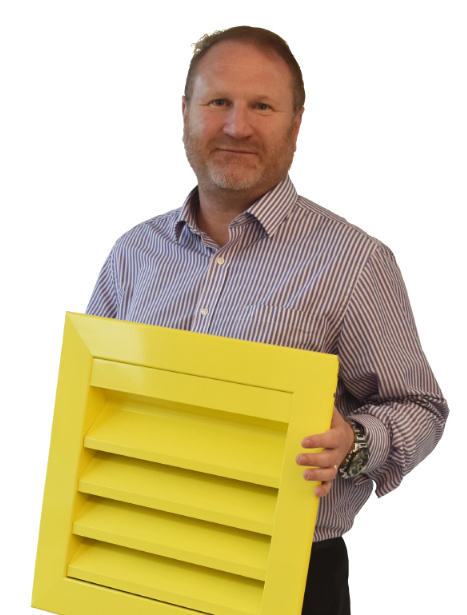 Window Ware’s Business Development manager for aluminium commercial contracts, Richard Fraser, discusses how the aluminium industry has grown in the last three decades, why there’s no stopping its popularity – and why Window Ware has a growing reputation when it comes to aluminium hardware.

If someone had told me 30 years ago when I first started working in commercial aluminium that aluminium would take off in the domestic sector three decades later, it’s fair to say I wouldn’t have believed them!

In fact, the aluminium side of the fenestration industry has grown and changed beyond recognition just in the last 10 years alone!

When double glazing first hit the consumer market in the 1970s, it was all aluminium. That changed in the 1980s when warmer and cheaper uPVC windows came along. As a result, aluminium faded out for a while and was predominantly used on commercial projects. At that point, it was hard to see where a resurgence was going to come from.

Around 10 years ago, public opinion started to change when programmes like Grand Designs, which featured ambitious build projects and dream homes, threw a spotlight on aluminium windows again and ignited a desire for higher quality, more premium products domestically.

However, the turning point really came around 7 years ago when bifold doors arrived on the scene and took the market by storm because they offered the bold looks and full fold-back opening that traditional patio doors couldn’t.

They took off in a big way, but I think looking forward, lift and slide doors could overtake bifold doors in the popularity stakes because of their large panelled, minimal sightline appeal.

Aluminium has certainly enjoyed a revival in both domestic and commercial applications and I predict its continued strength for a long time to come. There is undoubtedly further room for growth in the domestic market.

Increasingly, fabricators are diversifying and becoming dual fabricators in a bid to maximise the returns to their businesses, tap into areas of growth, and ultimately give their customers what they really need to achieve the visions they have for their properties.

That part of the industry has changed quite dramatically in the last three to five years. Today, the aluminium market is no longer reserved for specialist providers and there is more competition than ever.

A show of strength

It is widely known that when Window Ware first started out, we specialised in uPVC hardware. What many people don’t realise, however, is that we’ve also been successfully supporting aluminium fabricators for years. In fact, our aluminium hardware offering has grown right alongside rising demand for this increasingly popular construction material.

More recently in 2018, we upped our game and embarked on ambitious plans to expand our aluminium range even further.

Since then, we’ve added loads of new products to our portfolio, grown our team with dedicated sales support, become a member of the Council for Aluminium in Building (CAB) and produced a dedicated 130-page aluminium hardware e-brochure (with the printed edition due out later this year.) Today, we’re able to provide our customers with an unrivalled choice of hardware solutions and consumables specifically designed to work with aluminium profiles, all backed by expert help and full product support which is seasoned with over 30 years of experience.

Our aim is to take the hassle out of sourcing aluminium hardware for fabricators. So, rather than having to go through several suppliers to find what they need, they can simplify their supply chain and tick off their entire parts list in one go with Window Ware.

I’m pleased to report, our efforts are really paying off, as commercial sales are growing all the time and residential sales are strong too.  In the last quarter alone, we have supported a large number of aluminium start-ups as fabricators make the move to some of the newer aluminium profile systems such as Garnalex and Cortizo.

There are undoubtedly exciting times ahead, as more and more fabricators and installers gear up to deliver the all-important aluminium doors and windows that the construction industry wants. And Window Ware will be there, ready to provide them with a trusted supply of hardware and advice, so they can deliver the best possible products to their customers.